Semi-Fewspot Appaloosa covers almost the whole Boucle in white with small spots of the original colour. If the white touches the mane or tail part of it may become white, or the whole mane and tail may be unaffected by the appaloosa. It never cover quite all of the Boucle however, leaving some areas unaffected. It may mottle the skin.

This white marking is Natural 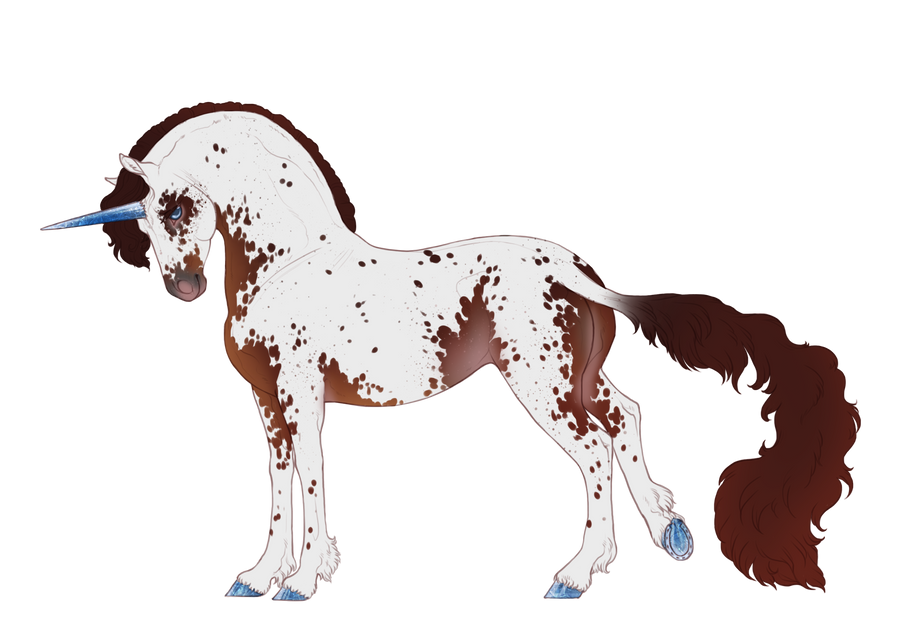