White or light stripes appear along the rump and back legs of the unicorn, stripes on the front knees are also possible. Stripes are generally okapi-like in expression, and should be primarily horizontal in design. Face-marking can be striped as well as solid. 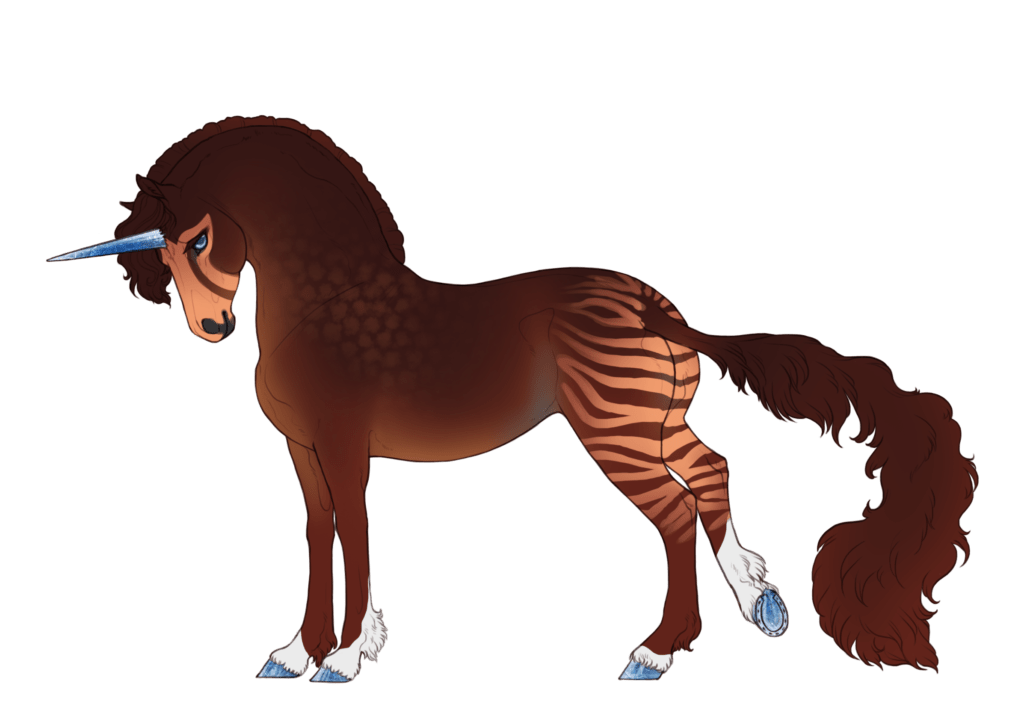 Extended Rayé can be any colour and cover the rest of the boucle in mostly-horizontal stripes. Zebra-like stripes are possible with Extended Rayé, but tiger-stripes are better suited to Tabby, Tigerdun or Félin.