Mealy boucles show lightening of the underside, especially around the chest, belly and underside of the hindquaters. Shown above is an extensive expression.

Mealy is only a lighter version of the base coat, not white, unless the boucle is already very pale. It can mimic the hue of the base coat if desired, so a blue boucle may have cream or light-blue mealy! 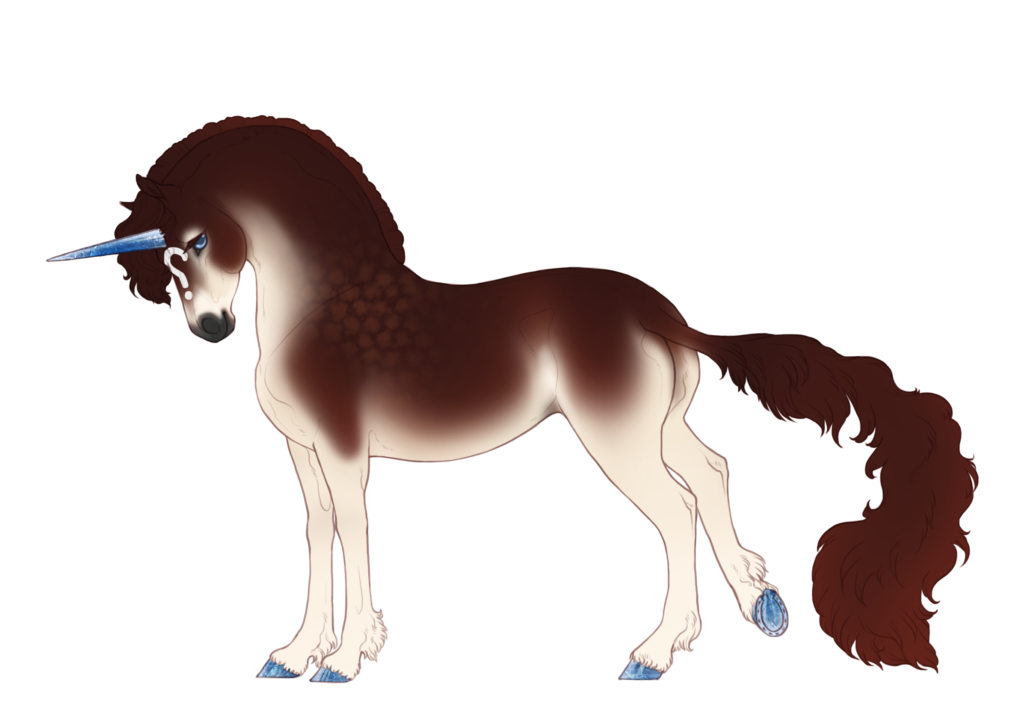